The central building block of modern astrophysics is our understanding of stars. Stars are used to track the evolution of everything from the formation of exoplanetary systems to the dynamics of galaxy clusters. Only the light emitted from the surface of stars can be directly observed, and therefore we rely on models of stellar structure and evolution to interpret what this light tells about the properties of stars and their interior.

Below is a brief overview of the different topics we work on within the iSIMBA umbrella, all of which revolves around the understanding of the Sun and the stars in our Milky Way galaxy. 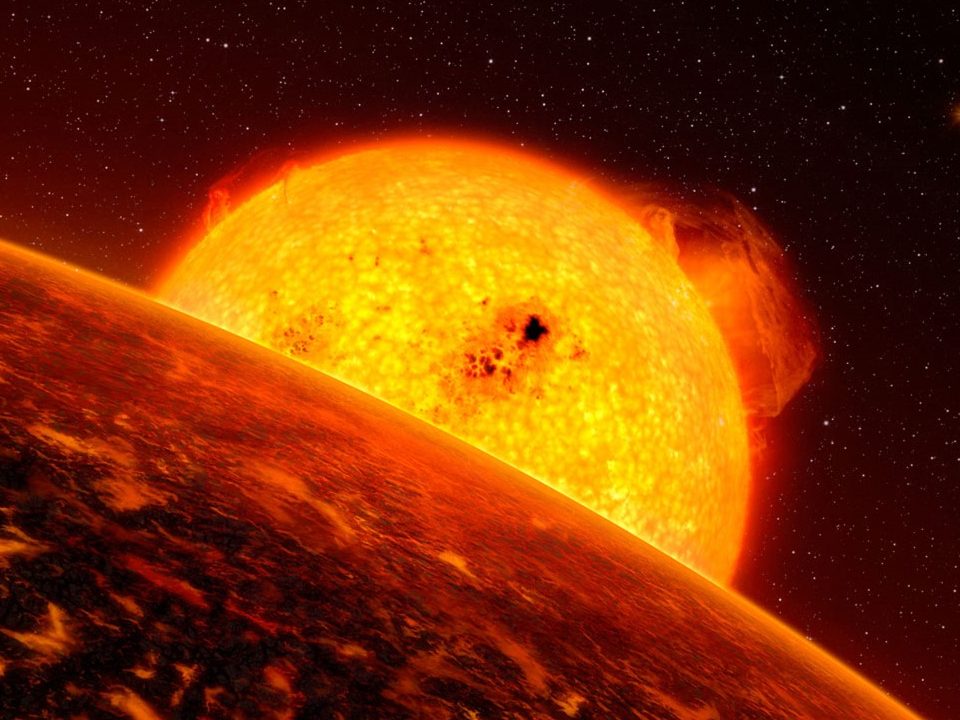 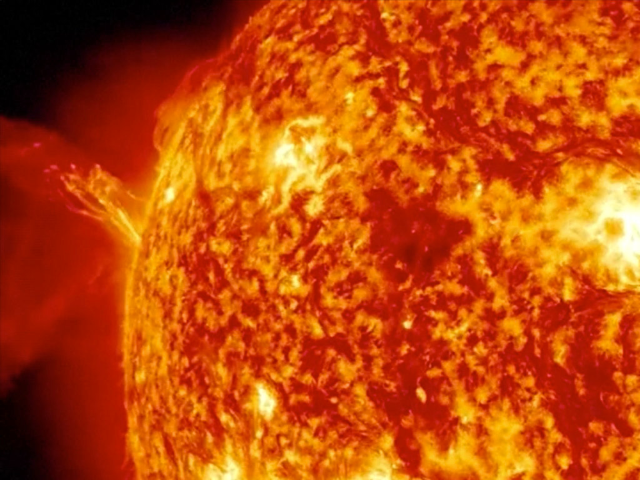 In our group, we tackle one of the most essential physical phenomena of stars: convection. We run state-of-the art 3D numerical simulations (see the next section) and incorporate the results from these in calculations of stellar evolution to produce the most sophisticated and physically correct models of stars. Such models play a major role in present-day research, as one of the primary methods for understanding stars is to compare stellar models with observations. The model computations are performed using a stellar evolution code; one of the key tools in our group, which we actively develop and improve on.

An effect of stellar convection is stochastic excitation of sound waves inside the stars. As these waves penetrate to the deep interior, it gives us a unique opportunity to look “inside” the star. The analysis of these oscillations and their imprint in the observed light is known as asteroseismology and is at the heart of iSIMBA. We study many different aspect of stellar pulsations, from exploring the solar interior, over very precise age dating of subgiant stars, to determining the abundance of helium using acoustic signatures.

Using asteroseismology we are able to derive properties — including the age — of stars with unrivaled precision. In order to fully utilize its potential, we have developed a code to make robust determinations of stellar parameters: The Bayesian Stellar Algorithm (BASTA). BASTA is perhaps the most versatile and advanced pipeline in the world for this purpose and is heavily used in the group for many different projects. The development process is always ongoing and we are currently involved in preparing the software the upcoming ESA PLATO space mission. 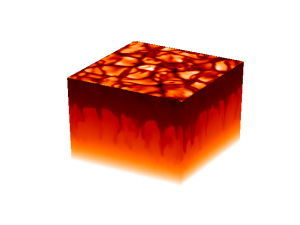 Our models of stars have improved greatly over the last decades. However, several key issues have yet to be resolved. One such problem is the large discrepancy between the one-dimensional models of the stellar atmospheres and their observed behaviour. This is mainly due to the complex effect of convection – energy transport through the movement of material – which can only be approximated in one-dimensional models.

We seek to provide a solution to this problem, by providing three-dimensional (3D) magneto-hydrodynamic simulations of stellar atmospheres. These can precisely model the complex hydrodynamic processes happening in the outermost layers of stars. They are however computationally expensive to produce, and are therefore currently limited to a box in the stellar atmosphere, which takes days of computation to evolve for a couple of minutes.

The simulations are computed across a variety of effective temperatures, surface gravities, and chemical compositions, which can then be coupled with one-dimensional models to provide state-of-the-art stellar models, with a reliable treatment of convection. One of our main focuses is to improve and expand an already existing grid of these models, so it can cover the sample of stars planned to be observed by the PLATO mission. Besides the 1D models, the grid can be used for several applications, such as determination of stellar parameters, abundance analysis, and characterisation of exoplanets.

Additionally, as the availability of computational power has continuously increased over the last decades, we seek to prepare for efficiently utilising these resources, as they will inevitably keep on increasing. In the short term, this involves moving away from the method of evolving on a global timescale across the simulation, and instead evolve according to the local time-step. This allows an optimal utilisation of the available resources, and more precise modelling of critical regions in the simulations.

This will not only result in a drastic increase of computational efficiency, but also allow us to model larger regions of the star in a reasonable timescale. Particularly, 3D magneto-hydrodynamical simulations of either the whole stellar atmosphere, or the whole convective envelope would allow us to tackle some issues, concerning stellar models and of stellar convection, that remain unsolved.

Lastly, it could even become possible to create a simulation of the whole Sun, which is currently only been a faint dream, but continuously moves closer to being within our grasp. 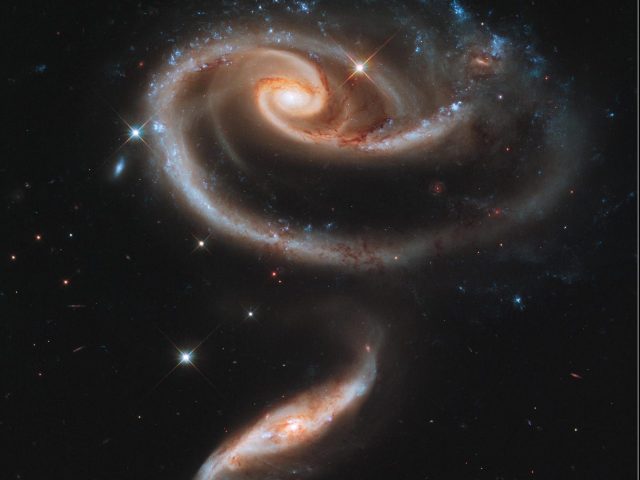 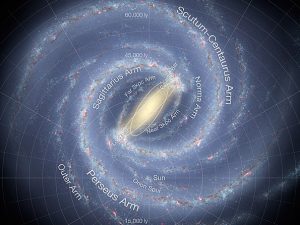 Our current understanding of the formation of structure in the Universe begins at the Big Bang and it successfully explains the large-scale properties of the Universe. However, the formation and evolution of the individual islands of mass, known as galaxies, remain to be understood.

The only Galaxy we can study up close and from within is our own home Galaxy the Milky Way. This is only galaxy where we can see the individual stars that the Galaxy is made out of and thus by studying these shiny building blocks called stars we can learn more about the galaxy as a whole. Where archaeologist here on Earth study old arrowheads and potsherds to determine the history of ancient civilisations, we use the stars to probe the evolutionary history of our Galaxy. This is called Galactic Archaeology.

We can use four observational methods when examining the stars: astrometry, spectroscopy, photometry, and asteroseismology. Astrometry is the study of the star’s celestrial positions and motions. By observing a star’s position relative to other stars over a long time, and as the Earth moves around the Sun, we can calculate how the stars move and how far away they are.

Photometry is the study of the light we receive from the star. The amount and colour of the light depend on many physical aspects such as stellar mass, evolutionary stage, and extinction due to interstellar dust.

Spectroscopy reveals absorption patterns in the stellar light produced by elements in the outer layers of the star. These pattern work like finger prints, identifying which elements are present in the outer atmosphere of the star, and we can use them to estimate the chemical composition of the the stellar surfaces. In broad terms, stars that are born together should be made from the same composition of heavy elements, providing us with a method to determine which stars belong together.

Lastly, asteroseismology is the study of oscillations in the stars (see the Stellar Physics section above). It is a powerful tool to obtain precise parameters such as mass, radius, and age. Age in particular is important in Galactic Archaeology as it makes us able to construct a time line of events that has occurred during the life of our Galaxy. By combining these four tools, we can map the history of the Milky Way.

One of the biggest event in the history of a galaxy is collisions with other galaxies. When two galaxies merge, the remnant stars born in each of the galaxies still carry the signatures of where and when they were born. By studying these signatures we can get a glimpse of what the galaxies looked like billions and billions of years ago and what makes our Galaxy so special today.